What does the Bible say about Teaching the Gospel to Children? 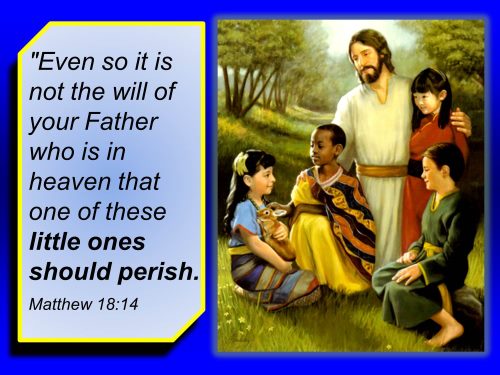 We believe that telling children the good news about the death and resurrection of Jesus Christ is biblical. It is both our responsibility and privilege.

God commands us to preach the Gospel to all people in the world, and that includes children.

Matthew 28:19,20
So go and make followers of all people in the world. Baptize them in the name of the Father and the Son and the Holy Spirit. Teach them to obey everything that I have taught you, and I will be with you always, even until the end of this age.

Everyone, including children, has a sinful nature and is therefore in need of salvation.

I was brought into this world in sin. In sin my mother gave birth to me. Psalm 51:5

From birth, evil people turn away from God; they wander off and tell lies as soon as they are born. Psalm 58:3

Sin came into the world because of what one man did, and with sin came death. This is why everyone must die-because everyone sinned. Romans 5:12

But be careful! Watch out and don't forget the things you have seen. Don't forget them as long as you live, but teach them to your children and grandchildren. Deuteronomy 4:9

God instructed the Israelite's to pass on their legacy of faith to their children. That same instruction applies to us as well.

Jesus specifically instructed his disciples not to turn children away.

Most important, the Lord Jesus believes in child evangelism. In Matthew 18:1-14, He

pronounces a stinging curse an anyone who offends a child who believes on Him.

He considers it possible for little ones "to believe in Me" (v.6).

The same phrase for "believe in Me" is in John 3:16
"For God so loved the world, that He gave His only begotten Son,
that whoever believes in Him should not perish, but have eternal life."

In Mark 10:14, which G. Campbell Morgan described as the "Magna Charta of Children,"

"Suffer the little children to come unto Me, and forbid them not: for such is the kingdom of God."
It is a double imperative - as strong as He can make it. "Allow them to come - do not forbid them."

Jesus also qualifies what children should come. Two major Greek words, teknon and paidon, are translated "child". Teknon simply means child or youth. Paidon signifies a very little or young child, or even a newborn infant (as in John 16:21). Here in Mark, the Lord used the word paidon: "Suffer the little children (i.e., even the very small children) to come unto Me."

It is as if He forsees the whole "age of accountability" controversy. In that context, He says, "Let them come ... stop forbidding them."

Fathers are given a mandate to bring up their children, "in the nurture and admonition of the Lord" (Eph. 6:4).

No one can be nurtured in the faith until first converted.

A prerequisite for elders in Titus 1:6 is that they have faithful children. A literal Greek translation reads, "having believing children." Paul believed not only in the possibility of childhood conversion, but also in the necessity of it for elders' families.

Beyond these Biblical considerations, it is also an established fact that people are more receptive to the gospel while they are young.

Though obvious but often overlooked, children are not as mature as adults. Every child is also different, each possessing different degrees of maturity and understanding.

We therefore carefully endeavor to present the Gospel to them in such a way that they can understand. 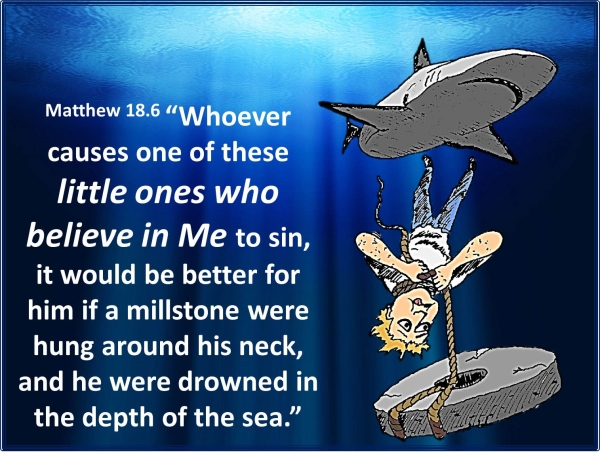